The Second Coming of Jesus: It’s gonna be big and you’d better be ready.

Context: Jesus had just pronounced woes on the religious leaders and lamented over Jerusalem.

From the Temple, Jesus and his followers walked to the Mount of Olives, about 1 ¼ miles away. As they left the city, the disciples admired the beauty of the Temple (Luke 21:5), which was significant both spiritually and nationally to the Jewish people.

This is the current view from the Mount looking toward Jerusalem. The Dome of the Rock sits about where the Temple would have been, so Jesus could see clearly the massive building shimmering in marble and gold from where he sat. 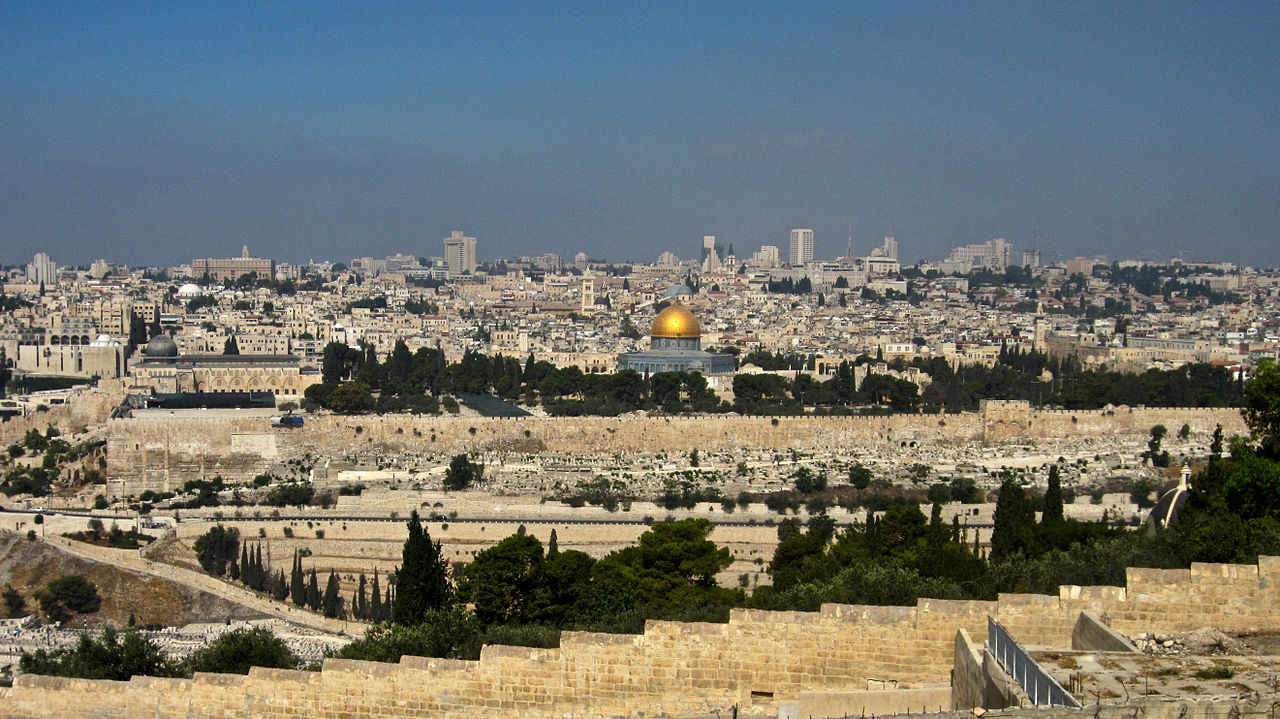 In my mind, Jesus is sitting quietly, thinking about what is to come both in the next few days and in the distant future. The disciples were likely debating what Jesus meant about the temple’s stones being thrown down. Maybe some, like the zealots among them, claimed that Jesus was about to take his place as the messianic conqueror they were all expecting. Maybe the more introspective considered the stones as a metaphor for the Law. Maybe others tried to figure out the logistics of moving those massive stones. In all likelihood, none thought farther ahead than his own lifetime, much less a future a hundred or thousands of years away. They were obviously perplexed, so they approached him to ask three questions:

Matthew 24 (with Mark 13 and Luke 21) begins what scholars call The Olivet Discourse. It is the last of the major teachings of Jesus before the crucifixion. 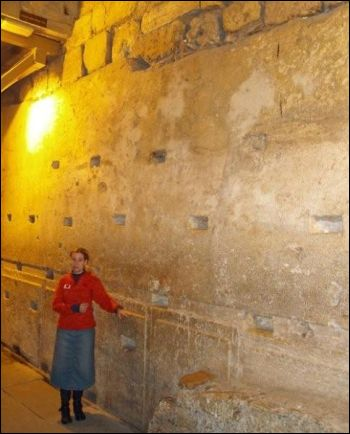 Context: Jesus and the disciples were leaving the temple, a massive building with stones that weighed from a mere two tons to 570 tons. This picture of the woman shows just how massive the stones are. There is nothing holding the stones together but their sheer size and weight. The temple itself was 10 stories tall and the foundations went as deep as 65 feet.

Context: These passages are prophecies about things still in the future; for the disciples they were the very distant future. Still, the way Jesus phrased these words, it is easy to see how multiple generations might have believed they were approaching the end times. Christians still hold differing opinions on when Jesus will return. This chart is from 2009 and it’s clear that there wasn’t much agreement then. I suspect not much has changed, especially since the focus of the last 18 months or so has been on the here and now.   (https://www.pewforum.org/2009/04/09/christians-views-on-the-return-of-christ/)

Context: Jesus again refers to an ancient story, that of Noah, to explain how, while the signs of God’s judgement are evident, the timing is unknowable.

God’s grace is transformative. There is no way to earn His grace; He offers it freely to us through Jesus. We do, however, need to be transformable. Paul says, “Be transformed,” and then tells us how (by the renewing of your mind) and why (so that you may be able to discern what is good, acceptable, and perfect).
Loading Comments...