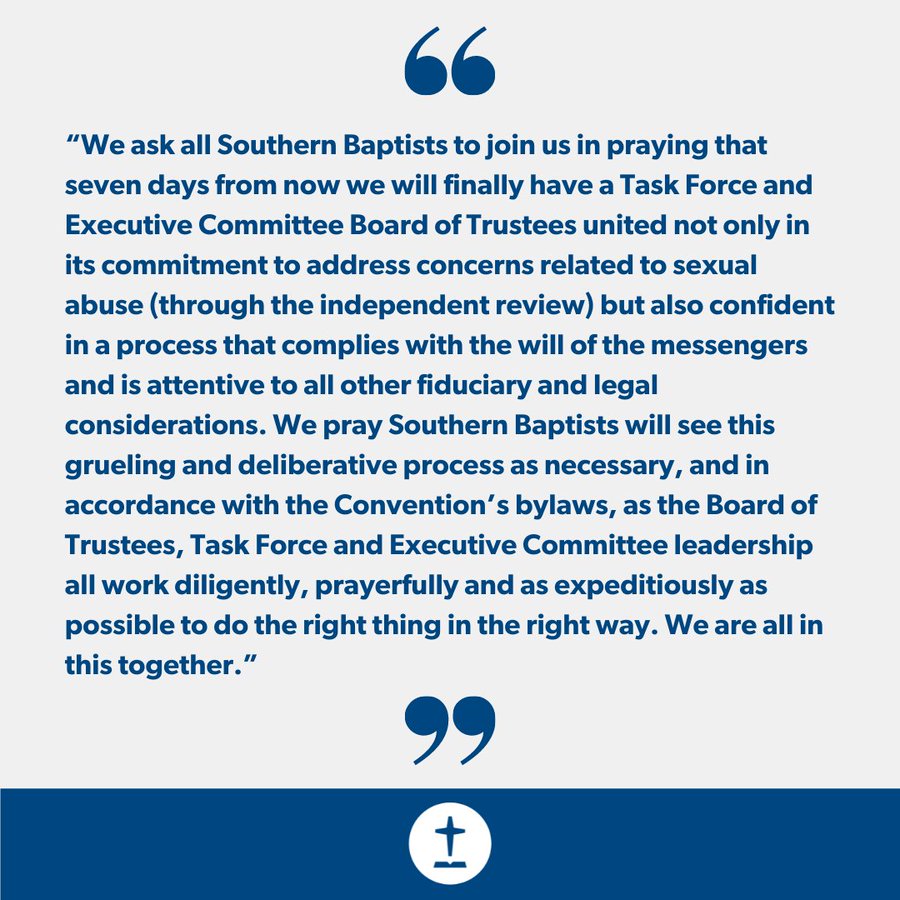 I grew up in an American Baptist church, and I spent 17 years at a large church in the Southern Baptist Convention (SBC). I left the SBC church because I wanted a smaller and more multi-ethnic congregation, not because I had any issues. But the events of the last several months make me sad on many levels, and I haven’t yet read anything that summarizes my impressions and thoughts, so I am using this post to share.

Christianity Today covered the key factors in the SBC scandal that rocked the denomination both by its scope and the executive committee’s unwillingness to have a proper Biblical response. The previews of the February 2019 edition alone tell enough of the story’s history. That more than two years have passed without a complete investigation and consequences is both infuriating and heartbreaking. To make matters worse, the committee refused to release all the information citing “attorney-client privilege.” WHAT?

For two decades leaders in SBC churches have committed unspeakable abuses and the committees response was to be mindful of “fiduciary and legal considerations” including concerns about losing their insurance coverage. How about a Matthew 18 approach instead? Don’t want to air dirty laundry in public? Then keep your laundry clean.

In response, current SBC president said he was “grieved and prayerful.” I responded on Twitter: “Grieved and prayerful? How about furious and prepping to turn over some tables?” It’s always appropriate to pray, but Jesus also pronounced woes on the religious leaders who were more concerned about “fiduciary and legal considerations” than they were about the eternal souls of the people (see Matthew 23). In Matthew 22 he threw out the money-changers–not exactly an action of someone satisfied with “grieved and prayerful.”

On October 5 the Executive Committee FINALLY voted to waive attorney-client privilege by a vote of 44-31. And again, my response: WHAT? It should have been unanimous. The abuse allegations were 20 years old. The cover-ups started then. If the EC wanted to deal independently with the accused, they had ample opportunity and chose to hope the victims would go away. It was inexcusable then, and hiding behind fiduciary duty now is equally inexcusable.

Most churches in the SBC are still led by Bible-teaching men and women of integrity. The structure of the denomination is not of top down dictates, but rather congregational self-determination. The core beliefs of the local churches are derived from Scripture, and for the most part, pastors and teachers are faithful to them. The exceptions (those who abuse their sacred trust) and how they are not held accountable to anyone are at issue here. The victims of this scandal include those directly harmed by the evil actions of particular men, but also the faithful men and women whose testimony is stained by the evil of others.

It hurts my heart.

Where is grace in all of this mess? How do I extend grace? To the victims, it’s easy. To the leadership that kept the secrets of evil deeds, thinking they might be protecting the innocents? I don’t know. To those who perpetrated the evil? Unless and until they repent and restore life and hope to their victims, the only grace available is what I read in Matthew 25:31-46: Truly, whatever you have done for the least of these, you did also to Jesus.

The way forward is through repentance, restoration, and restitution. That Jesus has made that way possible is the essence of grace.

1 thought on “I have thoughts.”