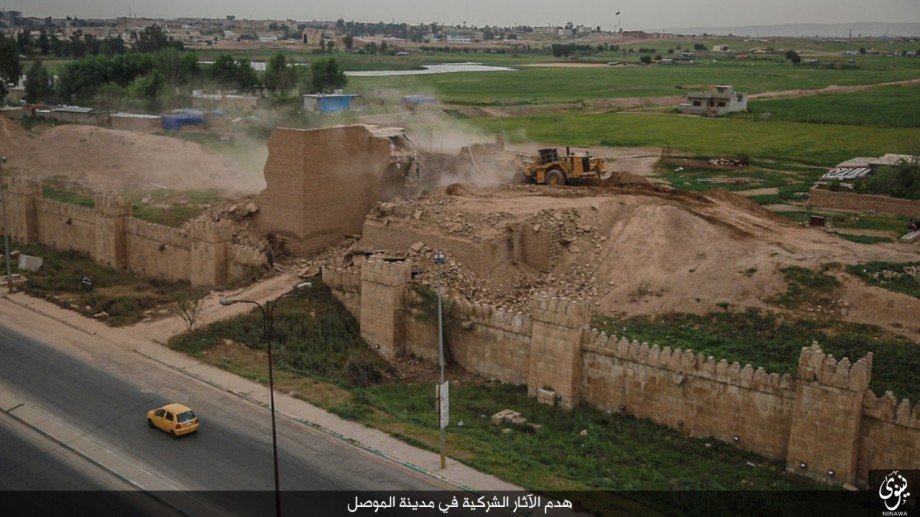 The great palaces of Nineveh are long gone. What is left is uninhabitable rubble and dust. Even that was unseen until archaeologists unearthed it. And what archaeologists discovered in the last century was blown up by ISIS (Daesh) forces five years ago.

Every great culture in history has fallen. Egyptian, Assyrian, Medo-Persian, Greek, and Roman empires are dust. The British empire, one where the sun never set, is a shadow of its former glory. Western culture may be on one of its final iterations, to be replaced by something else (China? Russia? Something yet unknown?) God uses the fall of nations to accomplish His salvation to those who call out to Him.

The story of Nineveh illustrates just how merciful God is, and also how just. The people of Nineveh had a moment of repentance, but within two generations had reverted to their former habits. The last two chapters of Nahum describe the totality of the final judgement on Nineveh: overtaken militarily, the great fates destroyed, the river flooding through the city – all is desolation and ruin by flood, fire, battle, and scattering.

What is the purpose for such complete annihilation?

Nahum says,”For the Lord is restoring the majesty of Jacob as the majesty of Israel.” God will use His people to rebuild on the ruins of the evil ones. What we who call ourselves believers do now in the time of crisis, God will use to rebuild and revive His church. I can’t say what that may look like; I am no prophet. But I do know that He is faithful and He will do it (1 Thessalonians 5:24.)